The northern country of Europe, Scotland, is famous for its lavish varieties of gin. Let us look at the best gins Scotland has to offer the world!

Scotland is a top gin producer in addition to being a whiskey producer. Scottish gins are currently sweeping the globe thanks to the recent upsurge in handcrafted gins, small batch distilleries, and locally foraged Scottish botanicals. Over 70% of UK gin is already made in Scotland, so they're just starting.

The history of Gin begins with a different beverage called Genever in the Low Countries of Belgium and the Netherlands. It continues through the 18th-century Gin Craze in London, when it was estimated that at its height, people were consuming 10 liters of Gin per person per year, and finally developed into the contemporary beverage that is now a constant in bars and homes throughout Scotland.

The Scottish craft gin explosion began in the early 2000s when Hendricks first entered the market, offering a modern, cucumber-fresh alternative to the more well-known brands of the past. Small producers all over the country, from the Borders to the Outer Hebrides, quickly followed suit, igniting the start of a second (though more sophisticated) gin craze.

Gins from remote islands like Barra, Harris, and Colonsay, as well as fresh offerings from seasoned whiskey distilleries like Benromach, Tobermory, and Loch Lomond, quickly followed a tiny wave of new labels, including Hendricks, The Botanist, Caorunn, and Edinburgh Gin.

To complement the juniper and produce new craft gins that are representative of the regions in which they are manufactured, aspirant distillers and gin makers were turning to regionally sourced botanicals. They use bog myrtle, bladderwrack, sea buckthorn, and common garden nettle.

Here is our selection of the trendiest Scottish gins at the moment, with the philosophy that it is always Gin o'clock. 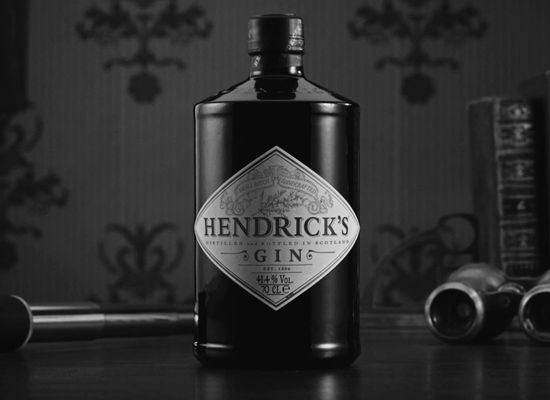 Hendrick's Gin is unquestionably the king of Scotland's gin empire. It is as smooth as can be and delicately steeped with a magical mix of botanicals. Hipsters, seniors, gin connoisseurs, and anyone with an exquisite palate all appreciate this renowned top-shelf elixir, popular as the crème de la crème.

Hendrick takes the idea of a "small batch" seriously, producing only 500 liters each time. It is still known for its rose petal and cucumber essence, and its handcrafted enchantment is undeniable. 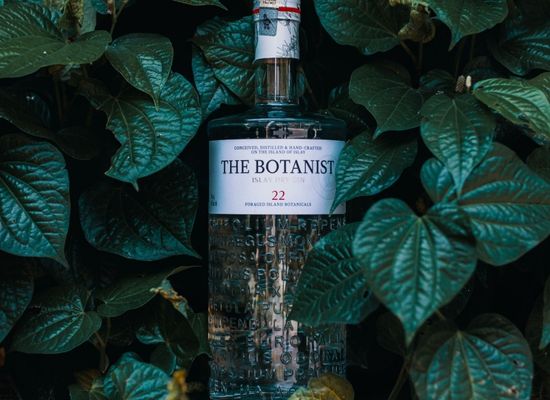 The Botanist is a genuine small batch artisanal treat created by the same geniuses who brought you Bruichladdich Distillery. Made in Islay, this stunning spirit is praised for its fascinating blend of nine traditional gin aromatics, including orris root, cassia bark, coriander seed, and its 22 wild Islay botanicals that were foraged by two local botanists.

The two infusion processes, the fresh Islay Spring water and the two different varieties of juniper—one of which flourishes in previously unknown sea level environments found in the Rings of Islay—are what gives the drink its floral flavor. 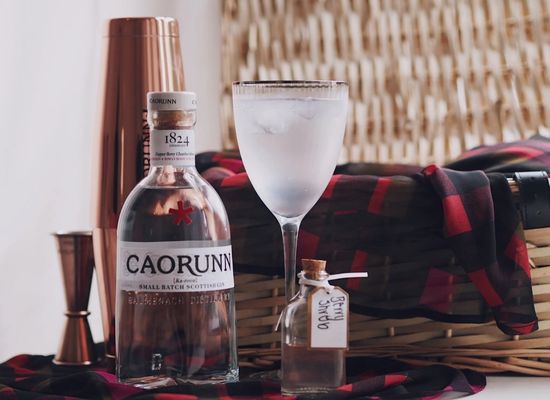 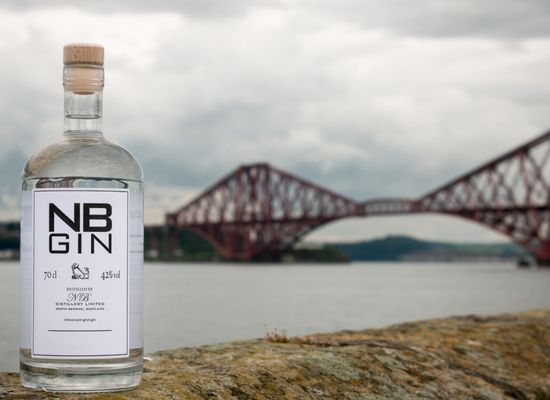 NB Gin is perfection in a glass and a major factor in putting the little seaside town of North Berwick on the global gin map. This brilliant drink features eight exceptional botanicals while adhering to the London Dry Gin method.

Each perfect sip results from the master gin makers who began with a temporary still in their kitchen. Now that NB has been named the "World's Best London Dry Gin," "One of the Top 100 Brands in the World," and the only Gin chosen for the Queen's 90th birthday celebrations, gin connoisseurs are swooning. 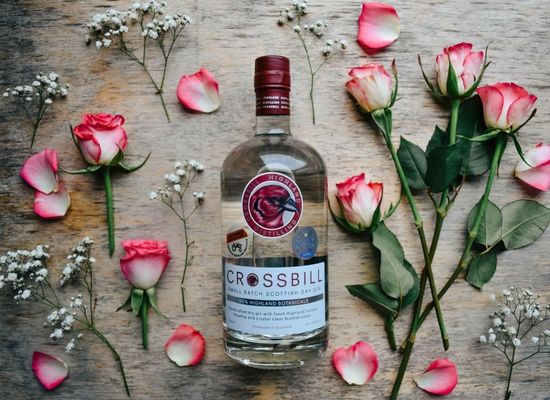 With each sip of Crossbill Gin, a deeper appreciation for Highland botanicals, especially juniper and rosehip, and the people who gather them grows. It is bold and sophisticated.

After that appreciation, one realizes that Crossbill is as unique as the bird for which it was called, a bird that dwells among the same untamed Scottish juniper that gives the Gin its wow quality.

Each small batch of Crossbill Gin has been endowed with its distinctive characteristics thanks to the company's reciprocal relationship with the land and strong respect for the natural ebb and flow of the juniper life cycle. 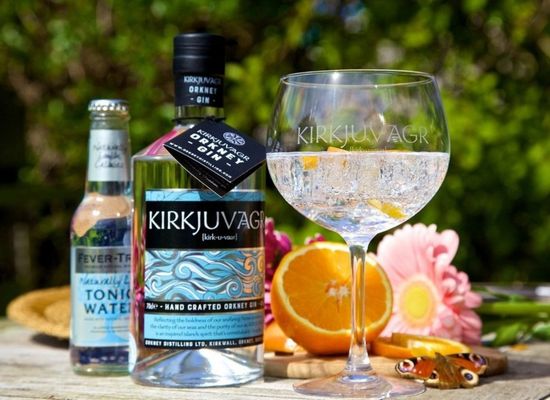 Kirkjuvagr, a firecracker of a storm-strong Gin from Kirkwall, is designed to stimulate the taste buds with each sip. It captures the captivating spirit of Orkney in a bottle. Bold and honest, this Gin is a wonderful blend of modern times, folklore, and a respect for craftsmanship with Orkney's Norse heritage.

The indigenous herbal plants, such as ramanas rose, burnet rose, and borage, blend wonderfully with the wild angelica, which owes its popularity to local folklore about the herb. 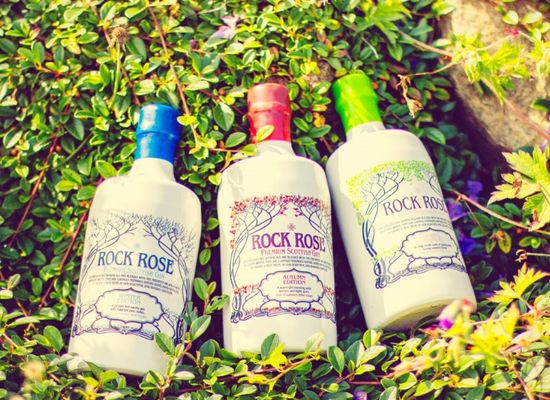 The premium gin sold by Rock Rose tastes just as beautiful as the bottle it comes in. This Gin is handmade by the master distillers of Dunnet Bay Distillers in Caithness and is a beverage as honest as a Scottish sunset.

The unique flavor comes from a superb concoction of locally grown and time-honored botanicals, such as rose root, sea buckthorn, and rowan berries. Rock Rose's copper pot still, Elizabeth, can always whip up a gin storm. 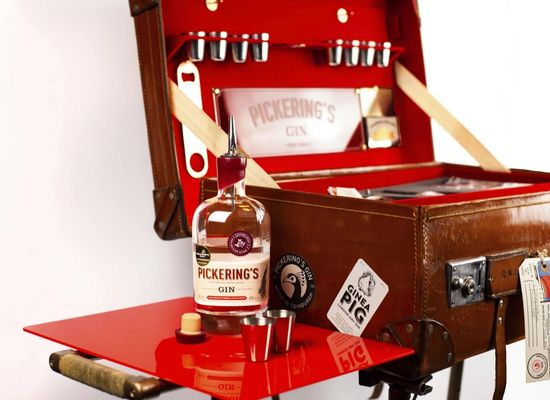 Pickering's Gin is ideal for drinkers who want straight shots and exceptionally smooth gins. Pickering's, just one of the several gin emporiums leading Edinburgh's pack, was developed by two business minds with an appreciation for better things.

The original Bombay recipe and the careful mixing, together with a few more surprises, hold the secret. Pickering's Gin is silky smooth and sophisticated, Pickering's Navy Strength Gin is obvious and packed with a self-assured alcoholic boost, and Pickering's Original 1947 Gin is considerably sharper and balanced with just the proper amount of spice. Each Gin has its distinctive flavor. 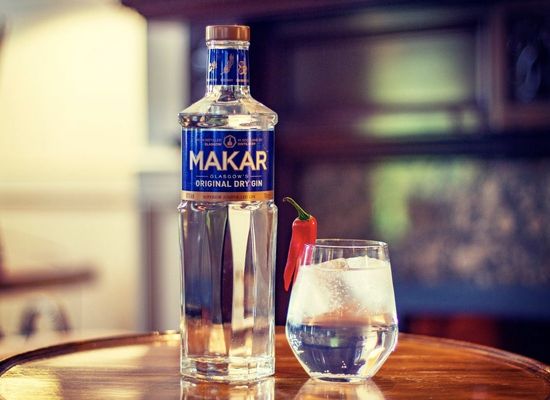 As the first Gin to be distilled in Glasgow, Makar wins the title and does not disappoint. This handmade Gin, which is appropriately called after the Scots word for poet, honors juniper berries and has a perfectly balanced flair.

The Makar bottle, which is heptagonal and attractive, symbolizes the number of endorphin-inducing botanicals and the number of times the Gin is pot-distilled. Makar is a one-in-a-million thing, just like the city it comes from. Old Tom and Mulberry are memorable and delicious, but the Maker Cask Aged Gin is in a different class entirely. 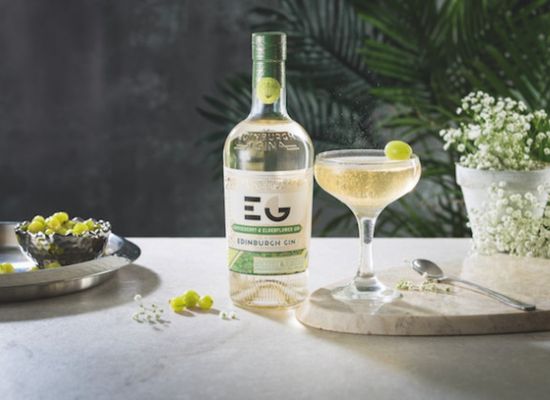 Edinburgh Gin catches that unique character akin to the Athens of the North, which always has you coming back for more and does the capital justice one sip at a time. If you choose, you may refer to Edinburgh Gin as the second Scottish Enlightenment.

This city-bred small batch leader was born and brewed there and has won several accolades. There is an Edinburgh Gin for everyone among the original juniper-heavy fresh Edinburgh Gin, Navy strength Cannonball with juniper, lemon, and subtle spices, and Seaside, replete with sweet hints and refreshing essence. 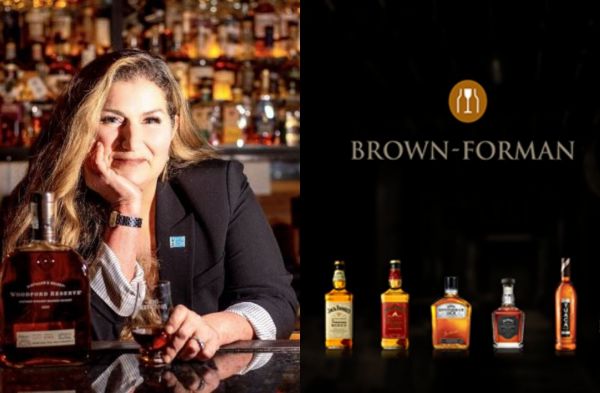 Understanding the role of a Brand Ambassador at Brown-Forman

Brown-Forman’s Portfolio Brand Ambassador, Mimi Bishop shares her unique angle to the role of representing one of the world's biggest alcoholic portfolios. 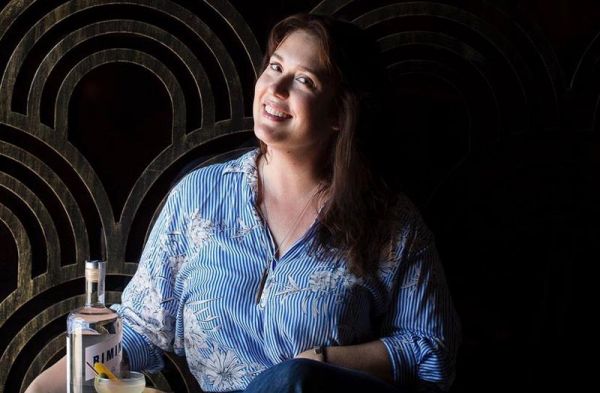 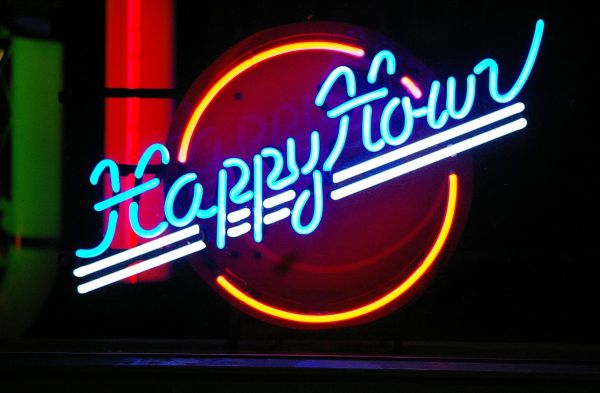 How To Promote Happy Hours For Good Sales?

Happy Hours are a hugely successful sales and marketing strategy that has thrived for a long time, here is how you can successfully implement them. 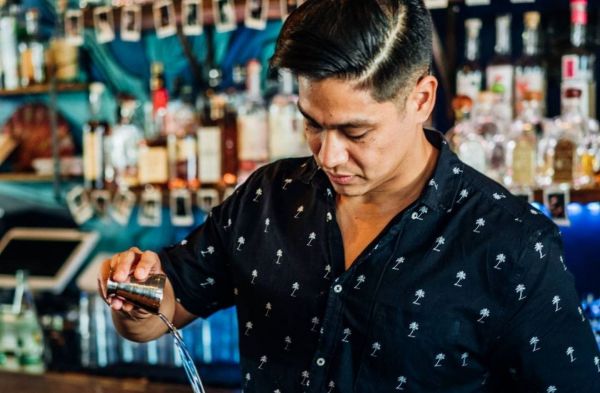 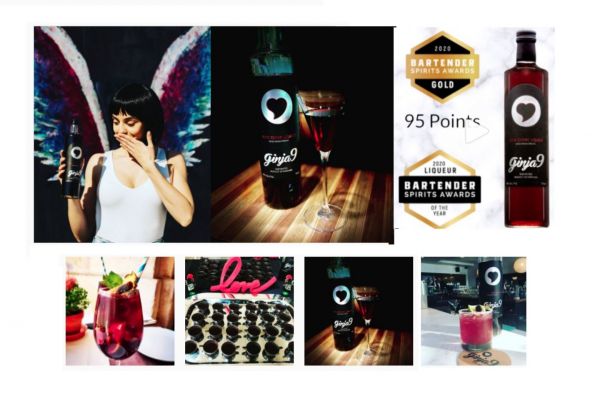 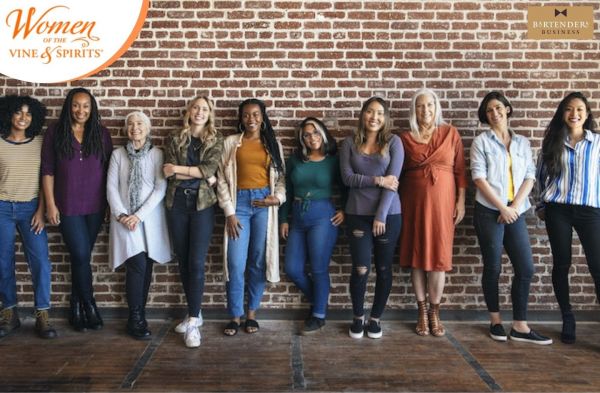 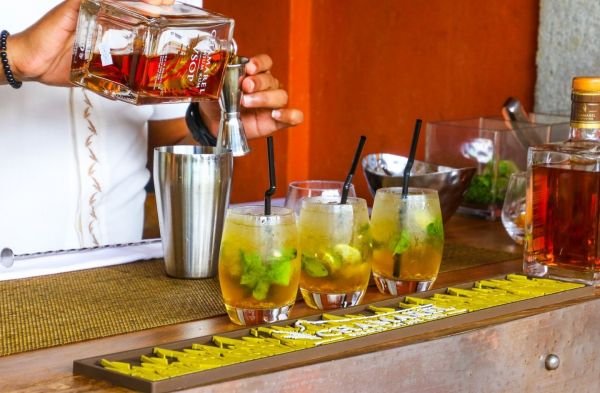 Today, bar customers are actively embracing and handsomely rewarding bars and cocktail lounges that go the extra step on the sustainability journey. 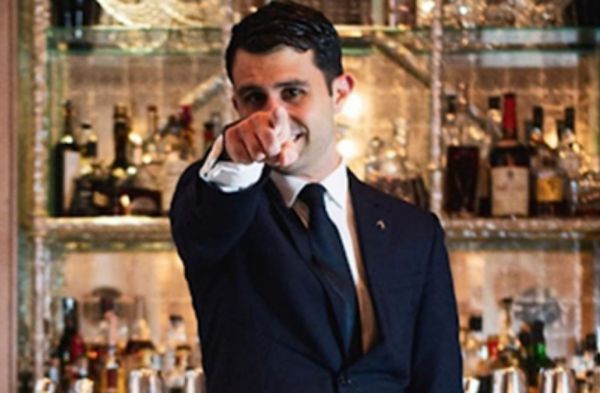 London Spirits Competition: Call to enter before e December10, 2021, and save £65 per entry

The clock is ticking for spirits brands to enter the 2022 London Spirits Competition and take advantage of special pricing that ends on December 10. 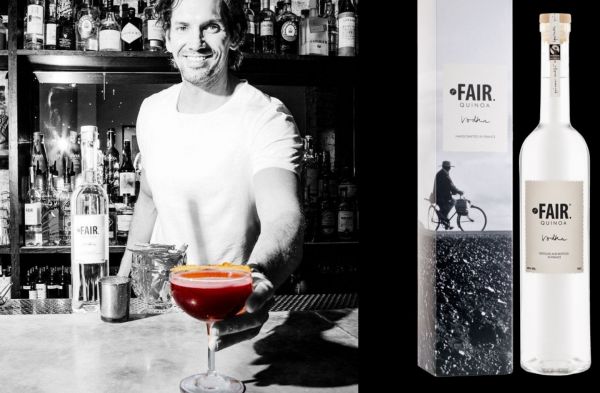